Guizer Jarl Ivor Cluness (aka Ivar 'The Boneless' Ragnarsson) was the man in the middle for the 2014 Lerwick Up Helly Aa and being the weather-proof photographer that I am, I had to go and watch him in action.

Getting there as early as I could was not really early enough.  The draw of Europe's biggest fire festival was as strong as ever and spectators from around the globe were there in their droves, lining the streets and surrounding the burn site.  I had in my mind where I wanted to be so as to avoid the worst of the wind blown smoke from the hundreds of torches and ultimately was happy with where I ended up - upwind of the burn site but still square on to where the galley would meet it's end.

Before a Viking or guizer could be seen the lighting up process gave me my first shot: 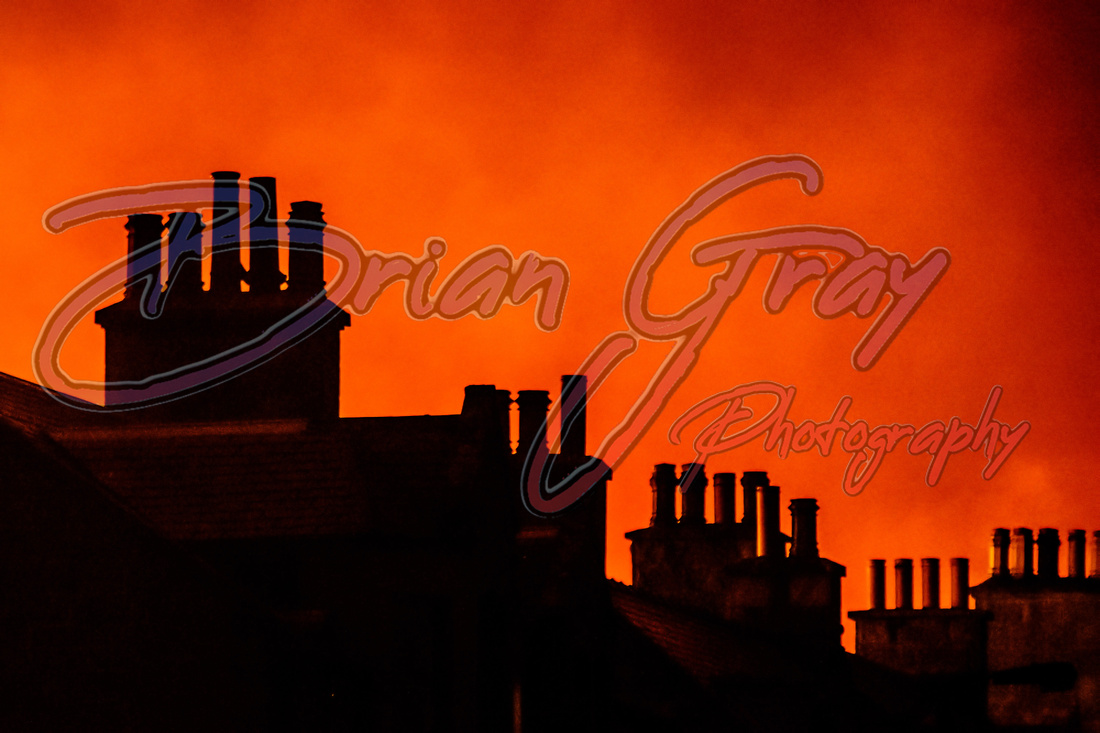 As the procession came past there were the usually mixture of guizers and Vikings, some of whom seemed to have forgotten that Vikings are supposed to have a fearsome reputation: 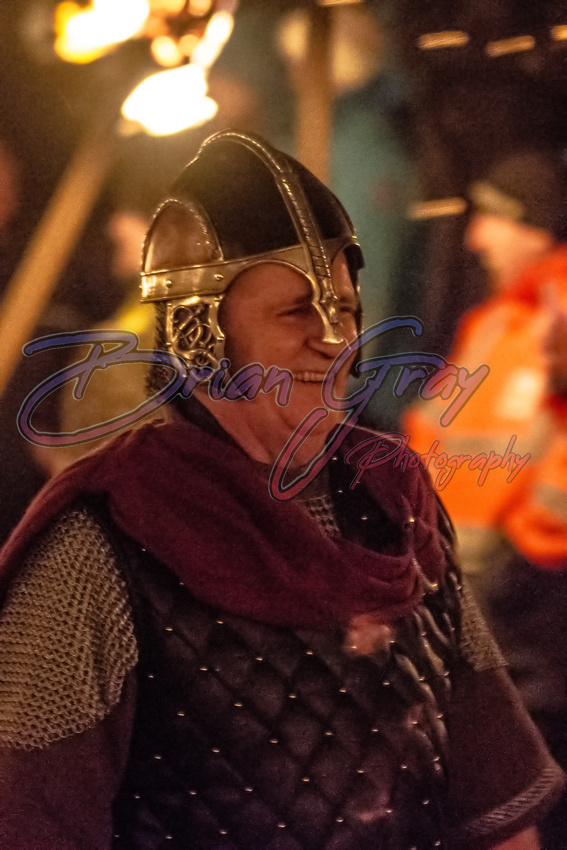 Not so scary really!

The Galley looked immaculate as always.  A testament to the hard work that must go in every year to stage this event: 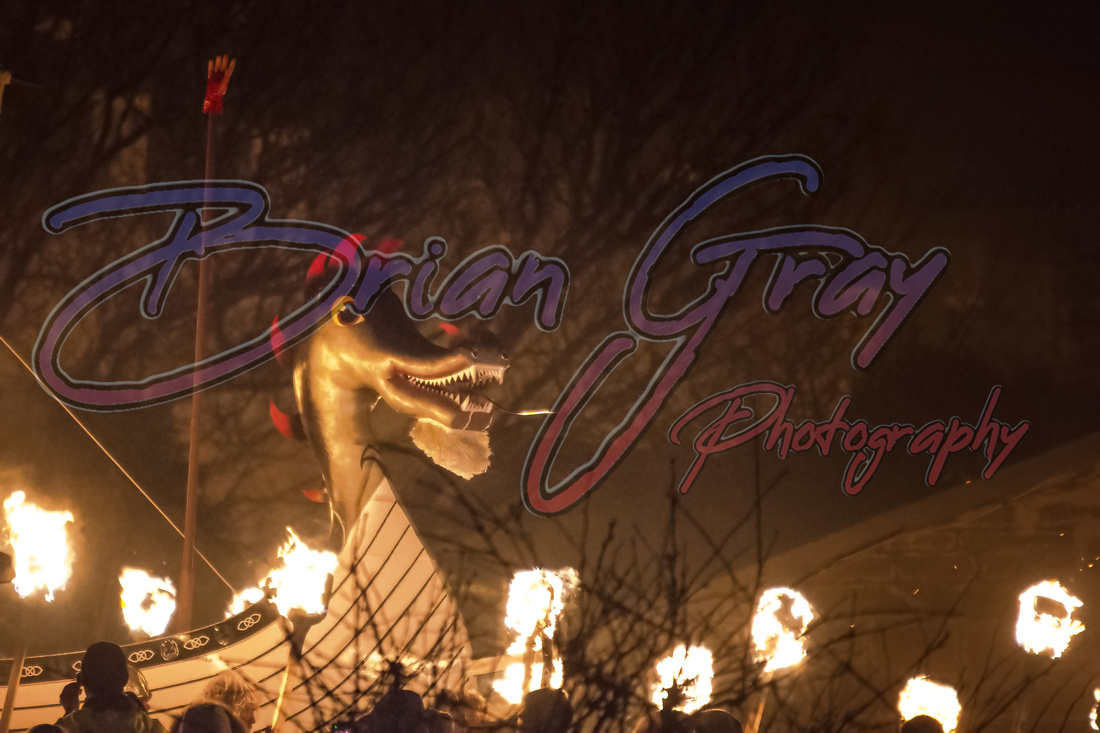 My vantage point turned out to be pretty good once the Galley had arrived at it's final resting place, even if I was a little ways away from the wall that I wanted to lean against (must get there earlier next year...).  Picking my way between the heads of the other spectators, I got a few shots of ol' Boneless himself with his hair blowing in the wind: 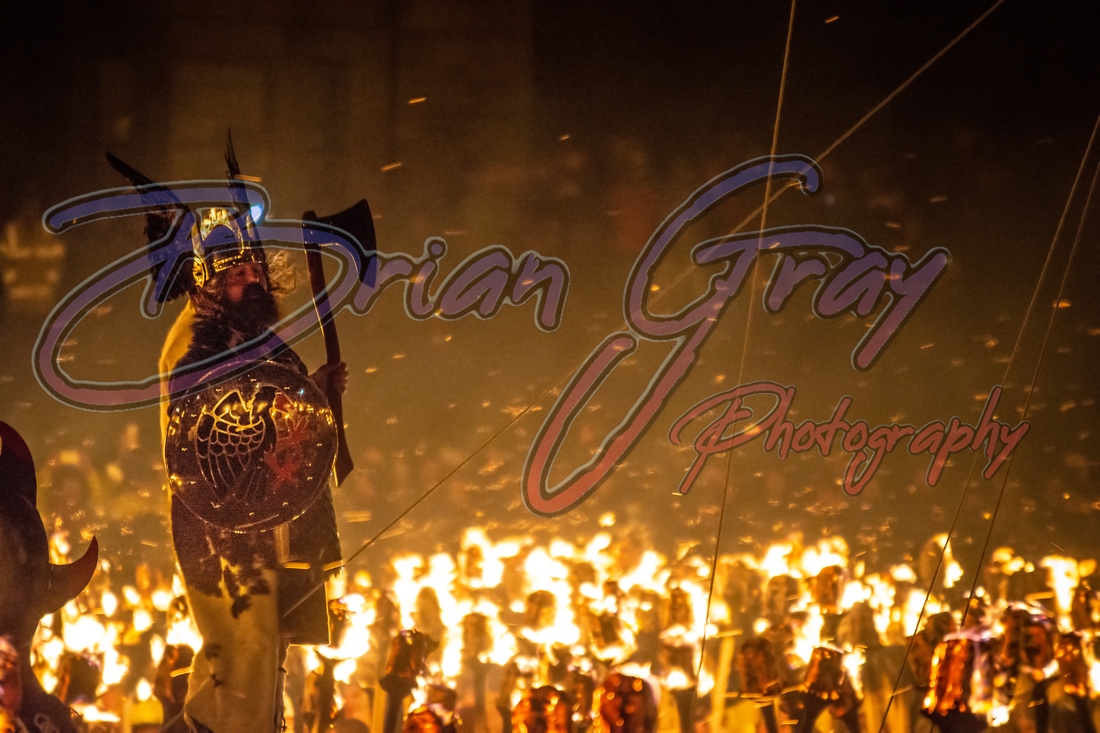 Commanding the assembled crowds, he lead the guizers in cheers for all those who had made the event possible and of course, a cheer for Up Helly Aa itself! 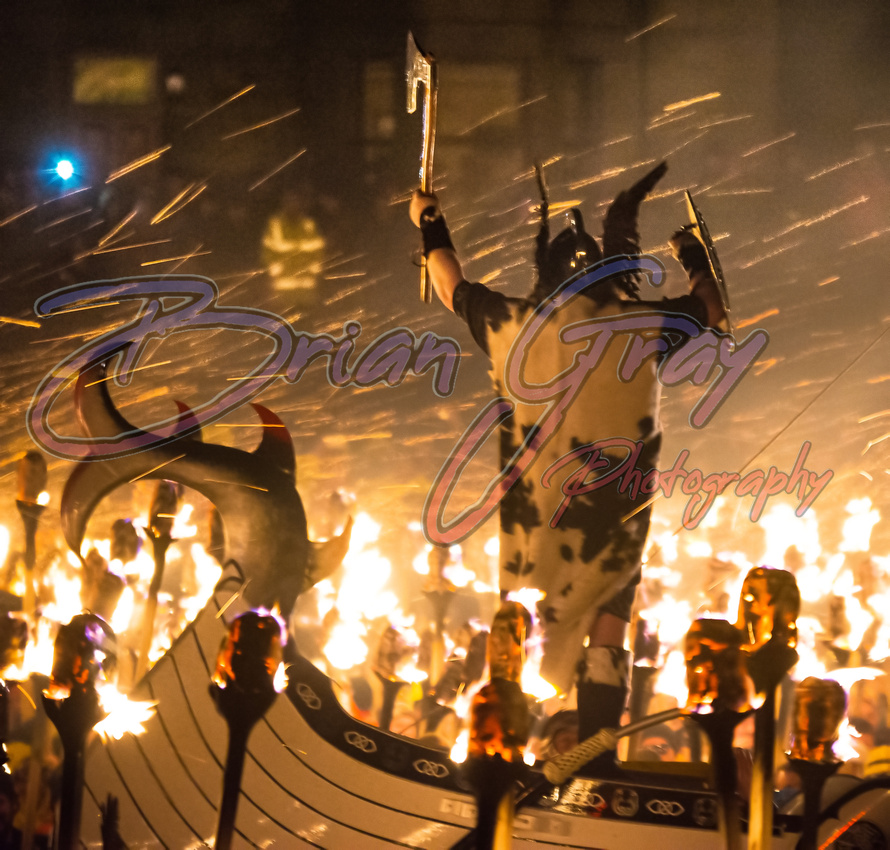 To finish off the procession (and kick off the rest of the night!) the Galley was set a light.  This also ended my photographic visit to Lerwick for the evening but the UHA season is a long way from over and hopefully this will not have been my last UHA photo of 2014: 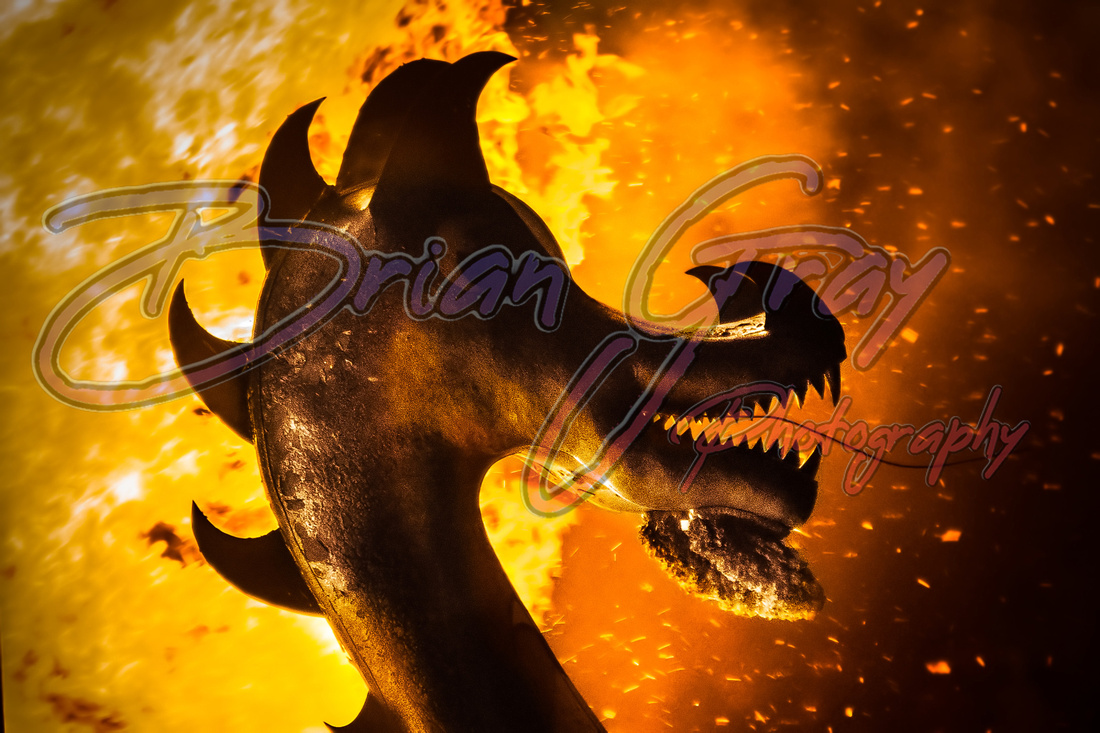